GAP in NATO Science for Peace and Security Information Day

On November 22, 2018, representatives of the scientific world, diplomats and defence experts from over 50 countries met to discuss international cooperation in the framework of the NATO Science for Peace and Security Information Day that was organized at the War Studies University in Warsaw. The program this year celebrates the 60th anniversary. The last decade of its activity consists of almost 800 joint actions among 29 Member States and 41 partner countries – from the cyber defence in Jordan to humanitarian de-mining in Ukraine.

NATO program “Science for Peace and Security” (…) is to be a platform for dialogue between various expert and scientific environments and it will bring tangible benefits in the form of interesting and innovative products that may interested North Atlantic Alliance. It is difficult to provide a better context for similar discussions than a meeting at the War Studies University. University which is a natural environment for both, scientists and officers, who deal with security issues in their various dimensions and aspects on a daily basis.
… said, welcoming the participants, rector-commandant of the War Studies University – Brigadier General, PhD Eng. Ryszard Parafianowicz

It was a perfect opportunity to be able to discuss our project and show it to specialists from the environment of scientific and economic entities, mainly related to the area of security and defence (military and civil research institutes, scientific institutions, military universities, companies associated with the Polish Armaments Group). GAP representatives also presented the results of research conducted authorships Dr Valentina Trzcińska and Kamil Kuć M.A. on the preparation for foreign missions by the Polish Police and the participation and preparation of other police and military contingents. The discussed issues of soft skills such as cooperation, communication and trust have been described in detail as the three most important pillars of work during the foreign mission. Multiple comparisons to family or everyday life have made it easier for listeners to understand why these soft skills are so important on a mission and during of the training. A small visualization and moving it to the level of the mission was enough to recognize these skills as the most important and the listeners stated that there should be a strong emphasis on these skills during the training. 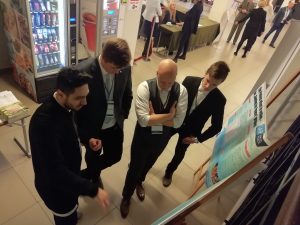 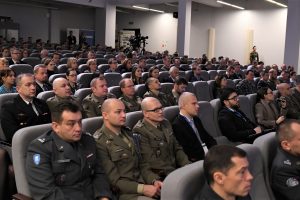 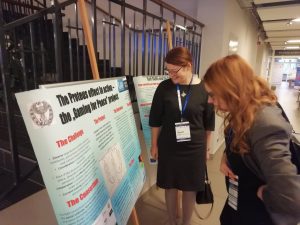