Skip to content
Home Who we are Expert Advisory board 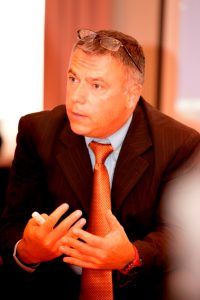 Josef Reiterer is Chief of OCHA’s Civil-Military Coordination Section. He started his international career with the United Nations in 1999 in Geneva where he led the training programme on humanitarian civil-military coordination until June 2008. During this period he gained experience with mechanisms responding rapidly to humanitarian crises such as the United Nations Disaster Assessment and Coordination Team (UNDAC). He deployed several times to operations in highly demanding environments.

From June 2008 to August 2010, Josef Reiterer led DPKO’s civilian pre-deployment training team in Brindisi, Italy, from which 1500 newly hired peacekeepers graduated in less than two years. During this time, he invested extensively in various training methods and new ways to inspire people for continues learning. One key element was the monitoring and evaluation of residential training programmes. In one of the many seminars, Patricia Pullium Phillips and Jack J. Phillips have persuaded him to apply comprehensive evaluation processes. This, together with the positive feedback on measuring learning at the end of training courses, has been a milestone in his career with the United Nations for doing business more effectively.

After his return to UN OCHA Geneva in August 2010, Josef has dedicated two years to prepare OCHA surge personnel for strengthening rapid response to humanitarian crises. The work included the development of a Sure Package of Care, then the first of its kind at OCHA. Thanks to the organization’s global mandate and passionate work with United Nations Member States, Josef has built hundreds of professional and personal relationships all over the world.

Since June 2013, Josef is the Chief of OCHA’s Civil-Military Coordination Section, which is the UN-system wide focal point on humanitarian civil-military interaction. The management function comprises policy development, support to humanitarian relief operations and capacity building within OCHA, the humanitarian system and Member States. Also here, Josef emphasises the importance of life-time learning for his team, supervisors and peers.

Prior to joining CEPOL, he headed the European Union Border Assistance Mission to Moldova and Ukraine (EUBAM). He also acted as Senior Political Advisor to the EU Special Representative to Moldova. Before taking up this position, he worked as Project Manager of the Euro-Atlantic Advisory Team in Georgia, Ukraine, Azerbaijan and Moldova. He has a long career within the Hungarian national police, starting in 1980, then rising through the ranks to Deputy Chief Commissioner of the Hungarian National Police in 1997, before taking up the position of Head of Department for South-East European Cooperation at the Hungarian Ministry of Interior. From 2000 to 2004, he led the South-East European Cooperative Initiative Regional Center for Combating Trans-border Crime in Bucharest.

In 2016, the Hungarian National University of Public Service (NUPS) has awarded Dr. Ferenc Bánfi the title of “honorary professor”, in recognition of his professional knowledge and practical experience, as well as his outstanding contribution to the NUPS’s educational, scientific and cultural activities.

Irene-Maria Eich is presently working with the European External Action Service (EEAS) as Training Manager for the European Security and Defence College (ESDC) in Brussels.
• 10 years with the European Institutions (EP, EC) at planning level in Political Affairs and External Relations, writing analytical reports, drafting strategy papers, briefings and speaking notes. In a representative capacity ensuring an efficient working relationship with other European institutions as well as maintaining a network within the diplomatic circles and other relevant political and economic actors.
• 4 democratisation and election related field missions at operational and tactical level in core team functions with the EU (Indonesia 1999, Zimbabwe 2000, Cambodia 2003) and the OSCE (Kosovo 2001).
• 4 peace keeping assignments at operational level with the UN (UNTAET East Timor, UNAMA Afghanistan), the OSCE (OMIK Kosovo) and the EU (EUPOL DRC Congo) in nation building and security sector reform (SSR) operations.
• 15 years of training in mission preparedness at the Zentrum für internationale Friedenseinsätze (ZIF) - attached to the German Foreign Office as national training and recruitment hub for the deployment of German civilian experts in international peace operations and election observation missions - combining theory and practical experience into a coherent training methodology with a focus on the comprehensive approach. Responsible for the national Training Partner Platform (TPP) since its establishment in 2008. 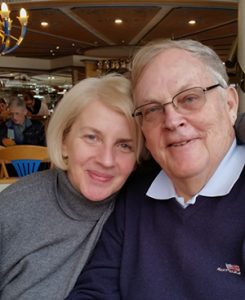 Julian Harston lectures successfully to military and civilian audiences all over the world. He has also participated in a number of Round tables and other discussions.

His extensive experience in International Relations, and Peace and Security matters makes him a valuable participant in training courses for Senior managers, and in Conferences and other fora where there is a need for senior management experience in these fields.

Julian Harston is now lecturing on a regular basis to Undergraduate and Graduate classes at the Belgrade Diplomatic and security academy. He is also able to offer Consultancy Services to Companies and Individuals on United Nations Peacekeeping, and on wider Security and Political issues, with particular expertise in the Balkans, in the Maghreb and sub Saharan Africa.

Marina Harston is an expert in the property market, both in Belgrade and wider Serbia, and in Montenegro and Croatia. Following a multi-national upbringing – Mexico, England, France, Switzerland and the United States – entered the military service in January 1963 as an infantry officer. Saw combat at the “grass-roots” level as a paratroop and Special Forces officer in the Dominican Republic, Thailand, Vietnam and Cambodia. Subsequent military service until retirement in February 1993, focused on national level political-military analysis, collection and reporting. Included were assignments to the Army Staff, Joint Staff and the Office of the Secretary of Defense. Also attaché assignments to Thailand, Hong Kong and China. Retired from the Army as Special Forces Branch Colonel in January 1993. Subsequent to retirement ten years were spent in assorted Balkan countries, nine months in Iraq, and two years as a Senior Advanced Member at Saint Antony’s College, Oxford. Since March 2008, employed by the US Department of State on a Personal Services Contract (PSC). Initially posted to Pyongyang, North Korea. Subsequent to returning from the DPRK in March 2009, have continued to serve as a Senior Project Officer with the Nonproliferation and Disarmament Fund Office (ISN/NDF) in Washington, DC.